Working with Katie on TAINTED GRAIL: CONQUEST was an absolute pleasure and we will definitely ask her to work with us on our future projects.  She’s truly a great actress and I can’t imagine characters she’s voiced for our game being voiced by anyone else – her performance was spot-on and the moment we’ve heard it we knew that these will be among the true highlights of our dialogue. And we were right – our community loved her interpretation of our Witch and Scientist.  Katie is also amazing when it comes to communication and our cooperation was flawless even though the deadlines were tight.

Katie has worked as a voiceover artist and actor for over 10 years. She has created dramatic and comedic characters that have been heard all over the world.

Voice wise, she played the straight lead, Lady Chiltern and the flamboyant Lady Basildon in Oscar Wilde’s AN IDEAL HUSBAND on Oneword/Channel 4 Radio’s digital station. She has also voiced art installations and a multitude of characters in corporate videos from the boss, employee, client…and their guests!

Katie has written and devised characters for her theatre and comedy shows for the last eight years to critical acclaim. She is now very excited to be working in the gaming, animation and anime world.

Voice Actor for ADR and Dubbing

Katie can use her acting and voiceover skills to work on the text, build and portray the character then sync the audio to the original picture.

Acting is About Asking Smart Questions

If you know any of katie’s Top 20 Character Questions great. They can be the foundation of her creations. If not, don’t worry…..It’s what she does!

Reddin-Clancy creates some wonderful characterisations and the comic delivery of the stand-up aspects is spot on.

Katie has an originality and aliveness in her work that will make a name for her in the entertainment industry. A delicious blend of spontaneity, focus, unpredictability, and compassion.

Josh Pais | Actor - THE SOPRANOS, A BEAUTIFUL MIND, SEX IN THE CITY

Click for more information on Voiceover services, the studio and booking. 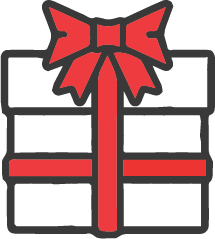